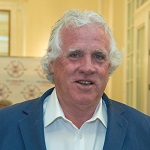 The ITF was established in 1896 in London by the leaders of European seafarers’ and dockers’ unions as a result of necessity to cooperate on a global level and to protect the rights of their members. The ITF represents the interests of workers of the following industries: shipping, port, railway, cargo and passenger transport, inland waters, fishing, tourism and civil aviation.

The aims of the ITF are:

Three key headings of the ITF activity are the following:

A major function of the ITF is informing and advising unions about developments in the transport industry in other countries or regions of the world. The ITF organizes international solidarity when transport unions in one country are in conflict with employers or government and need direct help from unions in other countries. The ITF's worldwide campaign in the maritime industry against the use by ship owners of Flags of Convenience (FOCs) to escape from national laws and national unions is a good example of solidarity.